Backpacks for the homeless, fall 2017

Backpacks for the homeless, fall 2017

At it early this morning – “phase one” of this year’s efforts, handing out 40 backpacks to brothers and sisters in need in downtown Orlando.

We saw some familiar faces as well as many new ones, and while we upped the number of backpacks this year by almost 30%, we didn’t even make it the whole way around the lake before unfortunately running out.

Aside from the smiles on their faces and their warm hugs and blessings, the highlight (for me at least) was seeing the couple with the wheelchair go through the items in the back back as we started to drive off, handing items out to other homeless people that didn’t get the opportunity to get one, literally “Paying it Forward” themselves with the limited items given to them – it was really quite moving to witness.

A HUGE “thank you” to Michael, Laura, Jim, and to the CDM folks (including Joe, Bhavna, and others) for their donations and amazing support in the effort as well as the “phase two” effort which we’ll be posting later. This would not be possible without them. 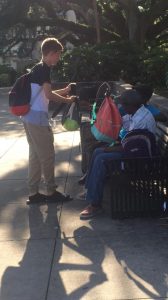 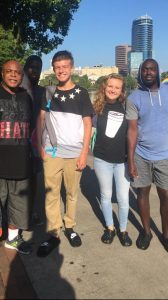 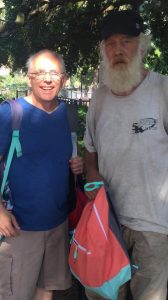 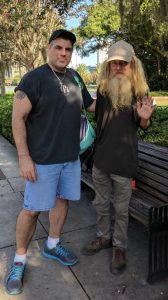 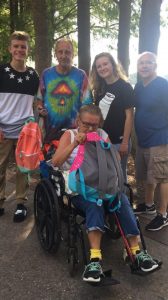 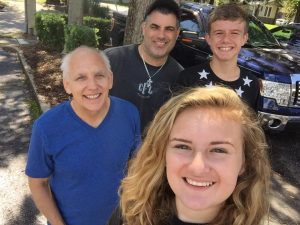 Permanent link to this article: http://backpacksfromtheheart.org/homeless/backpacks-for-the-homeless-fall-2017-2/